God’s commission to us; An admonition to the Church and Fellow Ministers

Home Student Life Seminars & Workshops God’s commission to us; An admonition to the Church and Fellow Ministers 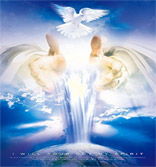 God’s commission to us; An admonition to the Church and Fellow Ministers

According to the epistle of Paul to the Corinthians and by implication to this dispensational Church age,

“And all things are of God, who hath reconciled us to Himself by Jesus Christ, and hath given to us the ministry of reconciliation; To wit, that God was in Christ, reconciling the world unto Himself, not imputing their trespasses unto them; and hath committed unto us the word of reconciliation”. (2Corint. 5: 18-19).

WHY DID HE GIVE US THE TWO VITAL POINTS?

It is clear from what the Holy Ghost spoke through the Apostle that God’s aim is for us the Church or peradventure Ministers of the gospel of Jesus Christ to also reconcile the world back to God without imputing their trespasses unto them. For the Ministry of Reconciliation to work effectively, you must have the Word of Reconciliation which is the only thing that can attract the Spirit of God to be in us and work out this commission from God.

WHAT THEN IS THE WORD OF RECONCILIATION?

The Word of Reconciliation is the Preaching of the Cross which is to them that perish foolishness. Large majority of Ministers of God all over the world now and by implication greater percentage of believers in Christendom do not want to hear the Preaching of the Cross of Christ. Once you start preaching about the Cross of Christ, the spirit of delusion will push them out of that congregation and if you are the guest speaker, the host will quickly give you a yellow card and tell you to round off your message for other activities they have mapped out that are not Holy Ghost breathed.

WHAT DOES THE CROSS OF CHRIST MEAN? It simply means “foolishness, weakness and life laid down”.

Foolishness simply shows that in the course of obeying God, you will encounter or be instructed by the Spirit of God to do some things that are foolish to the carnal man, and yet God will want you to obey Him because you have put your hand to the plough and can’t look back.

For example, God told Isaiah the prophet to go naked for three years in chapter 20 of his book as a sign of what Africans led by Egyptians and Ethiopians will go through during slave trade for the refusal of Jethro or Raguel’s son, Hobab who was a Midianite in Ethiopia and who also was Moses’ brother-in-law, to show them the way to the promise land (ref. Num. 10: 29-32). And when Isaiah obeyed God, the children of Israel began to call him a mad prophet; all entreaties to prove to them that he was not mad but rather obeying God proved abortive.

What of Mary the mother of Jesus of Nazareth? The Jews never believed that her conception and eventual birth of Jesus, was done by the Holy Ghost as they may had thought in their minds, “who is the Holy Ghost? Where does he come from and where does he live?” There are so many, many other biblical examples and references one can use to prove that if you set out to do the will of God and preach such too, the carnal minded believers will regard your acts as being foolish.

The second meaning of CROSS OF CHRIST is Weakness and this simply signifies being weak for the sake of Christ and the gospel. For example; when the Pharisees and the servants of the high priest came to arrest Jesus, He had 72,000 Angels waiting for Him to go to the cross. This is because in His going to the cross lies the salvation of humanity and peradventure the whole creation. And so when Peter drew out his sword in Matt. 26: 51-54, and cut off the ear of Marcus the servant of the high priest, Jesus rebuked him and told him that He (Christ) had access to twelve legions of Angels on standby for Him to go to the cross and He could ask the Father to release them if they are needed but how can the plan of God for salvation of the entire creation be actualized? This will serve as a big lesson for us ministers of God including myself who at any little provocation want to show the stuff we are made of or the connection we have.  A legion is 6,000 multiply by 12, you get 72,000. It is not surprising when Christ was teaching about the Kingdom principles in Matt. Chapters 5, 6 & 7, He said in ch.5: 38-39, “ye have heard that it had been said, an eye for an eye, and a tooth for a tooth: But I say unto you, that ye resist not evil: but whosoever shall smite you on your right cheek, turn to him the other also”.

So if we believe that this is true and the right interpretation of this particular scripture, and that we are conscious of the Kingdom and are not afraid of the Boko Haram Terrorist group and more recently the dreaded Fulani Herdsmen who have proved to be a higher Terrorist group and much more dreadful than the Boko Haram, why are some of us Ministers of the gospel teaching our congregation to carry arms like them and be conformed to the world in order to stop their rampaging attacks? Where is the blessedness God spake of? Why is it that we can’t make use of our own weapons of warfare which is higher, more powerful and more dreadful than their own? We don’t trust our weapons anymore because they seem not to be working. Where are our prayer warriors? Where are the cunning women (skillful intercessors) according to Jer. 9: 17-26 who God had ordained for this period to draw the compassion of God to His people? Are the Lord’s hands shut that He cannot save or are His ears deaf that He cannot hear or are His eyes blind that He cannot see the abomination going on in this nation? But our hands are soaked in blood and in great immorality in the same way as the people we are asking God to deliver us from. And if we take up arms like them, we will in like manner perish.

IF YOU MUST PREACH THE CROSS OF CHRIST, you must be weak for the sake of the gospel and the Spirit of God can then work effectively in you. If you are called to be a martyr and such death comes so be it, but if not you will see that the Lord is KING of kings and LORD of lords and the great LION OF THE TRIBE OF JUDAH, and no Boko Haram Terrorist group nor the Terrorist Fulani Herdsmen and their allies can withstand the power of God in you.

The third meaning of the CROSS OF CHRIST is Life Laid Down which means you would have made up your mind to sacrifice your life, your comfort, everything for the sheep of the Lord. Jesus showed us and His disciples an example during His days in the flesh. A large multitude of people together with His disciples had followed Him for three days as He journeyed in the wilderness without food and He came to the mountain and looking at the multitudes, He had compassion on them and asked Philip where can they get some loaves? But in response Philip tried to discourage Him that the number of loaves needed to feed the multitudes cannot be found in that wilderness. As He was still speaking, Andrew came and told the Lord that there was a lad in their midst that had five barley loaves and two fishes. Jesus then told His disciples to make the men sit down and they were five thousand men, women and children not mentioned though they were there. As they sat down, He blessed the loaves and the fishes and they became multiplied to feed all the men with the women and children and the fragments that remained here were 12 baskets. What is the lesson to learn here?

The Lord used a lad’s three days meal to feed more than 10,000 people. The lad sacrificed his comfort to accommodate the multitude and God recorded it for him in heaven (ref. John 6: 1-13). This was how the Lord laid down His life to die for humanity that rejected Him. As a true minister of the gospel, you must lay down your life like the Jesus did, your comfort must be given up to accommodate your teaming congregation or members who are looking unto you not only for the preaching of the gospel of Christ but also for providing all the goodies that follow salvation. Little wonder  why Paul the great apostle of the Gentiles by the leading of the Holy Ghost while admonishing the Ministers of the gospel in 2 Corinthians 6: 3-10 said,

“Giving no offence in anything ,that the ministry be not blamed: But in all things approving ourselves as the ministers of God, in much patience, in afflictions, in distresses, in stripes, in imprisonments, in tumults, in labours, in watchings, in fastings; By pureness, by knowledge, by longsuffering, by kindness, by the Holy Ghost, by love unfeigned, by the word of truth, by the power of God, by the armour of righteousness on the right hand and on the left, by honour and dishonour, by evil report and good report; as deceivers, and yet true; as unknown, and yet well known; as dying, and behold, we live; as chastened, and not killed; as sorrowful, yet always rejoicing; as poor, yet making many rich; as having nothing, and yet possessing all things”.

In this, God had outlined what it takes to be a true minister of the gospel and also to preach the CROSS OF CHRIST. But the truth is that many ministers do not have the revelation of these features and the very few who have this knowledge have failed to reconcile the world back to God choosing rather to reconcile the world back to themselves and when the chips are down as we can see today, they don’t have the answer, other than to resort to the counsel of the ungodly.

¶My message is therefore centered on striving to possess the characteristics of a true minister of the gospel of Christ, and obeying God’s strict command of reconciling the world back to God by preaching of the CROSS OF CHRIST He commissioned us to preach. And if we call upon Him when we are in trouble like what is going on in Nigeria and some other countries of the world today, He will roar like a LION that He is to deliver us.

Thanks to you all my friends, followers, and lovers of truth and God bless you all.